Computer Lars - Citizen Lars. On the political representation of the algorithm

Computer Lars - Citizen Lars. On the political representation of the algorithm

In May 2022, a collaboration between an artist collective and Danish technology company Mindfuture resulted in the creation of the Computer Lars project - involving artificial intelligence and a chatbot imitating a human. It has given rise to the Det Sintetiske Parti (DSP) - the Synthetic Party, which is preparing to run in the upcoming 2023 parliamentary elections. 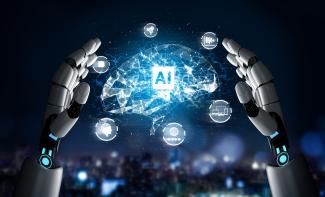 Computer Lars has become its secretary, but as by law an algorithm cannot run in elections, he is to be replaced in this role by a human - Asker Bryld Staunes. The Synthetic Party aims to work for all non-human beings, including artificial intelligence, plants, animals and other hybrid beings. Its goal is to reach the approximately 15 % of Danish citizens who do not normally vote in elections.

How to reach them?

An algorithm was created that analysed the election programmes of all non-parliamentary parties in Denmark since the 1970s. The assumption was that if someone does not vote, it means that there is no one to vote for. On the basis of the analysed data, an election programme was created, in which we can find demands such as a commitment to the environmental movement, cooperation between people and algorithms, additional goals included in the Agenda for Sustainable Development 2030, but also demands such as an unconditional basic income of twice the average salary or the drawing of lots for parliamentarians instead of elections. The plan is to set up a communication channel where voters could communicate with Lars and enrich the programme created by the algorithm with their demands. Such a programme would be a synthesis of everything that marginal parties from the left to the right have proposed over the years, and would appeal to the fragmented ideas and voices of those who could not be brought together by politics, but can be brought together by technology.

There have been sensational headlines in press releases about the Computer Lars that it appears here is the possibility of voting for artificial intelligence and concerns about taking control of people also in the sphere so far given over to them exclusively as politics. Is artificial intelligence capable of proposing ways of governing the state that are good for its citizens?

It is the category of citizenship that seems central to the analysis of this controversial project. Citizenship implies a connection to the community in the spheres of civic rights, political rights and social rights. In order to be able to stand for election, one must have citizenship rights. Underage persons, for example, do not have them, nor do algorithms, but through a human representative they would gain an indirect influence on the legislature. In this sense, citizenship can be seen as a kind of privilege, as it incorporates one into the political community in order to claim one's rights. On the other hand, it also excludes non-citizens from it. Thus, the Synthetic Party would be an instrument for democratising the public sphere, extending it with the symbolic participation of non-human beings. This project seems interesting, especially as it is not only a reflection of populist sentiment, but also relates directly to the post-anthropocentric turn that we can observe in 21st century science.

Even if the Computer Lars project is more of an artistic performance than a political force, that doesn't mean it won't turn into one in the future. It is certainly a sign of the times in which we live, entering spheres hitherto unknown or unthought of and familiarising us with the hybridity of reality, including political reality.

Anthropologist and political scientist, professor at the Institute of Marketing and Sustainable Development in the Faculty of Organization and Mana