A voice from TUL in the discussion about the pension system

A voice from TUL in the discussion about the pension system

The process of population ageing is forcing pension reforms on many countries. These are of both a structural and parametric nature. The former concern the “architecture” of pension systems, the models used to accumulate capital, the methods of calculating benefits, and often also the relationship between the state and the free market in pension security. The latter, in turn, refer to different parameters of pension systems, such as contribution rates, benefit levels or statutory retirement age. Nowadays, it is the changes to the statutory retirement age that arouse the most emotion. Moreover, raising that age can lead to political defeat in elections while lowering it can result in a victory. But the time perspective in politics is usually shorter than that in economics, finance, management or demography. This has some consequences for the reform of pension systems, including in terms of setting the retirement age. 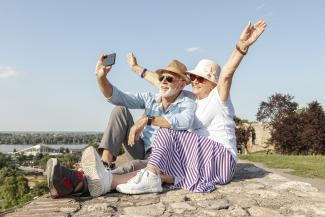 Attention is usually focused on the statutory retirement age. However, it is not the goal in itself of the implemented socio-economic policy in terms of the pension system and labour market. In the face of ongoing demographic processes, this goal is to increase the effective (actual) retirement age. This age affects not only the pension system, but also the labour market since it represents a certain boundary: between the working life and retirement age at the micro level, and between the working generation and the retired generation at the macro level. Today, the issue of retirement age and the entire pension system is approached from an interdisciplinary perspective, including economics and finance, political science and administration as well as management science. Such an interdisciplinary approach is also presented by researchers from Pensions & Intergenerational Relations (PIR) Research Group, an international research group at the Faculty of Management and Process Engineering at Lodz University of Technology.

A publication has just been released by the Center for Social and Economic Research (CASE), a Warsaw-based social policy think tank, in which key and up-to-date issues concerning the retirement age are discussed in a synthetic and accessible yet multifaceted manner. The article titled “The retirement age: A multifaceted problem” presents the results of comparative research on pension systems, which sought to identify the factors that cause people to retire at different ages in different countries. It turns out that this disparity cannot be explained solely by the statutory retirement age. This is a much more complex issue. It is not only the macro-level pension and labour market policies that shape the age at which people retire. The actions of enterprises acting as employers are also important, as the conditions they shape influence employees' retirement decisions. That is why it is critical nowadays to implement effective strategies of age management and change management in relation to pension systems (as it has been recently highlighted in the series titled (Science movi(e) with the voice of young scientists) by mgr inż. Małgorzata Gumola from the Department of Management at TUL).

These changes are implemented not only at the national level (through appropriate legal acts and actions of the government administration), but also at the level of

companies implementing various pension plans, such as Employee Pension Plans (PPE) or Employee Capital Plans (PPK). More and more attention is paid to the use of pension plans as a tool for human resource management. A holistic approach to research on pension systems, including retirement age, requires interdisciplinarity. Otherwise, the issue of financial security for old age is perceived in a fragmented way, which reduces the chances of successful pension reforms.

We are living more and more years and we tend to stay healthy for longer. This is, of course, a positive development, but it has its socio-economic consequences. One of them is extending the period of working life. It seems rational to maintain a certain sensible proportion between retirement and working life. This has obvious implications for the level of benefits paid out and the economic and financial balance of the pension system.

Mathematics is also merciless when it comes to pensions. It is necessary to come to terms with it because as Peter Drucker wrote in 1997 (having in mind demographic conditions and population ageing), it is about “The future that has already happened.” One answer to this future, which has indeed already arrived, includes delaying retirement. Many studies leave no doubt about this.

Filip Chybalski is a professor at the Department of Management. He has been working at Lodz University of Technology since 2005.